Body language kills – the sales process, that is. Indeed, the non-verbals can be the single most destructing factor that hinders you in closing that supposedly mega deal. Are you committing these disastrous mistakes when delivering your sales pitch? Well, not every sales representative is completely aware that he or she does, so it would be better to digest each of the below.

Some prospects are heavy on eye contact. Having eye contact means instant connection and inspires deeper conversation. Thus, oppositely, avoiding such may draw the prospect to think that you are hiding something from him. Demonstrate your sincerity by connecting with him through eye contact. But, be discreet about it because too much of it may only freak out the prospect.

Sustained eye contact makes a salesperson appear more confident and in control of the conversation. However, when she starts to roll her eyes, it means she’s growing impatient with the process. It won’t make a good impression to any prospect. Did you know that the eye roll is the visual form of sighing? Don’t be disdainful and avoid rolling your eyes most especially when responding to questions.

A culprit that distracts the attention of the prospect on you and your message. There could be enough distractions in a room so the very last thing your prospect wants to hear is clapping, knuckle crunching or even cuticle picking. Keep your hands on your sides always unless you are making big movements or pointing to something important.

Drumming one’s fingers on the table may mean an anticipation over something that should already be happening. Put simply, the act is indicative of frustrations especially those that are internal in nature. At worse, it means that the person wants to leave because she is already bored with your presentation. Perhaps, the prospect wants to say something but you won’t let her interrupt you. Take heed. Ask her if she wants to say something.

A big no-no, some inexperienced salespeople always turn away from their audience to the extent of speaking to the screen. A prospect may think unfairly of this situation more so when you have his full attention. Instead, think of the think, turn, and talk method. Turn your back if you have to gather your thoughts, face your audience again and start speaking.

Impatient as they are, some salespeople themselves especially those with multiple meetings within the day tend to gaze at their watches more often than necessary. That’s if it is even necessary to do so while conducting a meeting. It only means you want to be somewhere else. Don’t be like that. Give your full attention to your prospect while you are sitting on the same table, at least.

As notorious as the above, this cannot escape your prospect’s eyes. The prospect agrees to see you because she wants to hear you speak. If you are sending the wrong signal of not focusing on her, you won’t be able to build your sense of trustworthiness. Again, be in the moment and never lose eye contact. The messages can wait anyway.

Slouching is melancholic, leading the prospect to think that you aren’t interested in his or her business. Likewise, psychologists say that when a person slouches, he tends to use more negative emotion and sadness words than when he is sitting up straight. You won’t win the prospect’s confidence so sit up straight.

What can be done instead?

Second, you have to learn the proper way of mirroring. Mirroring is a technique of reflecting back your prospect’s body language. Pick up subtle hints from the prospect himself. The easiest to mirror is the person’s posture. If he is sitting straight up, he means business. Make sure that you convey the same message by sitting up straight yourself.

Third, you should learn the proper way of adopting and adapting behaviors. Adopting means taking something as your own while adapting means changing for new situations. So, adopt the right behaviors of a salesperson and adapt them to situation to situation. No prospect is created equal, right? Just emulate, don’t copy.

And, if you find some difficulties as to what body movements are acceptable, here are some of the subtle moves that may influence the direction of the presentation towards the favorable. It may take practice before you can master each.

– Raising your eyebrows slightly to show objection. The same with tilting the head.
– Pausing after asking a question while holding your breath. It means waiting for an answer.
– Pressing your lips down slightly to demonstrate disagreement.
– Smiling gently to show acknowledgment and appreciation.
– Breathing slowly and deeply to show confidence. The same with showing a relaxed face.
– Wincing slightly when something outside your intent is mentioned.
– Gesturing with an open palm to show openness and honesty.
– Having soft eye contacts regularly to show care. Not staring or looking away.

Philipps also mention that incongruence is the most detrimental thing in body language. You might have the greatest sales pitch in the world, but your non-verbals may have other plans than helping you in closing the deal. Another good opportunity lost, isn’t it? Just because you aren’t completely in charge of your own body language.

Likewise, it is not just about learning and understanding body language. What’s more important is using such knowledge to leverage your chance to close a deal. In simpler terms, stand, speak clearly and loudly, make eye contact, open your arms, plan for success, look good and, of course, smile.

Browse our blog for more tips on how to become an effective salesperson. Download Vender App too to get more things done! 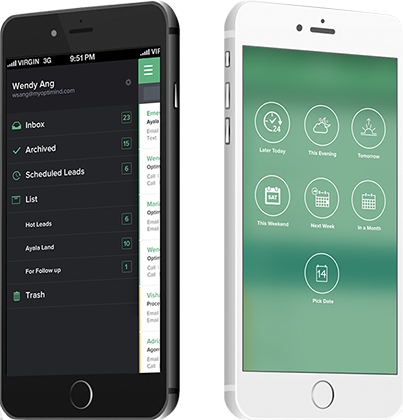